Places of interests in Thessaloniki

Places of interests in Thessaloniki

Thessaloniki is of great interest to the tourists who are interested in history. Roman tsars and philosophers, Byzantine emperors and the representatives of the folk and different nationalities walked through its streets. There are a lot of places of interest in Thessaloniki: byzantine churches, Roman and Muslim buildings.

Below we put the most famous and popular historical places of interest and churches of Thessaloniki for the tourists’ visits.

The comprehensive list of the monuments in Thessaloniki included in the List Of Heritage UNESCO you can find on their official web-site:

White Tower is the symbol of Thessaloniki city. It is located on the seaside and there is a museum inside where there is an exhibition which presents aspects of the history of Thessaloniki through time. The Tower was built appr. 1500 BC and was a part of the protection system of the city.

Kamara or Arch of Galerius is an impressive structurewhich was built in 305 AD as a memory of victory to the Emperor over the Persians.The remaining part of it you can see now at Sintrivaniou square (Oktagon).From the original triumphal arch only three pillars and a part of the brick construction above are preserved to the present day. The two main pillars are covered with sculpted marble slabs, which narrate the wars of Galerius against the Persians.

Rotonda is a huge round building which, probably, was the church for Zeus or Kaveriy. The Rotonda is one of the oldest churches of Thessaloniki. It is now the Orthodox Church of Agios Georgios, but it is better known as simply The Rotonda. The Rotonda was built in 306 AD and was supposed to be emperor Galerius’s pantheon or mausoleum but was never used for this purpose and was turned to an Orthodox Church. The mosaics inside of the church remain almost unchanged.

The Old Market is eight centuries old from the time Thessaloniki was founded in the 5th century AD. The market was social and religious center of the city. There are many impressive buildings there, some of them which were built in the end of the 3rd century. The market was discovered by archeologists during the 1966 excavation works. The coin factory, the musical school, the hall and Roman Baths besides the market were discovered also.

Ano Poli Area (High or Upper town) is located on the highest part of Thessaloniki and is surrounded by Byzantine walls which are listed to the monuments of world cultural heritage UNESCO. Ano Poli has historical monuments from Byzantine to Ottoman Period. There are hundreds of buildings with typical Macedonian architecture which are under state protection. There are small narrow streets, picturesque squares with fountains, platen, grape and mandarin trees, cafes and taverns. Trigoniu Tower is the north point of the east wall and was built in the 15th century replacing the old one. In the 18th century it was used as an ammunition and weapons warehouse. There is a fantastic view of Thessaloniki from the viewing point near the Trigoniu Tower. There is a Byzantine Bastille inside the walls which was used as a prison for many years.

The Vlatadon Monastery is located near the gate that leads to the Acropolis on Eptapyrgiou street near the walls and has a great panoramic view. It is surrounded by the modern buildings of the Patriarchal Institute for Patristic Studies. It is the only active monastery in Thessaloniki. It was founded by the Bishop of Thessaloniki, Dorotheos Vlatis, between 1351 and 1371. The church marks the point where Paul the Apostle preached to the Thessalonikians. Inside, you can see relics of saints, old scripture, icons, and other religious artifacts from those ancient times. 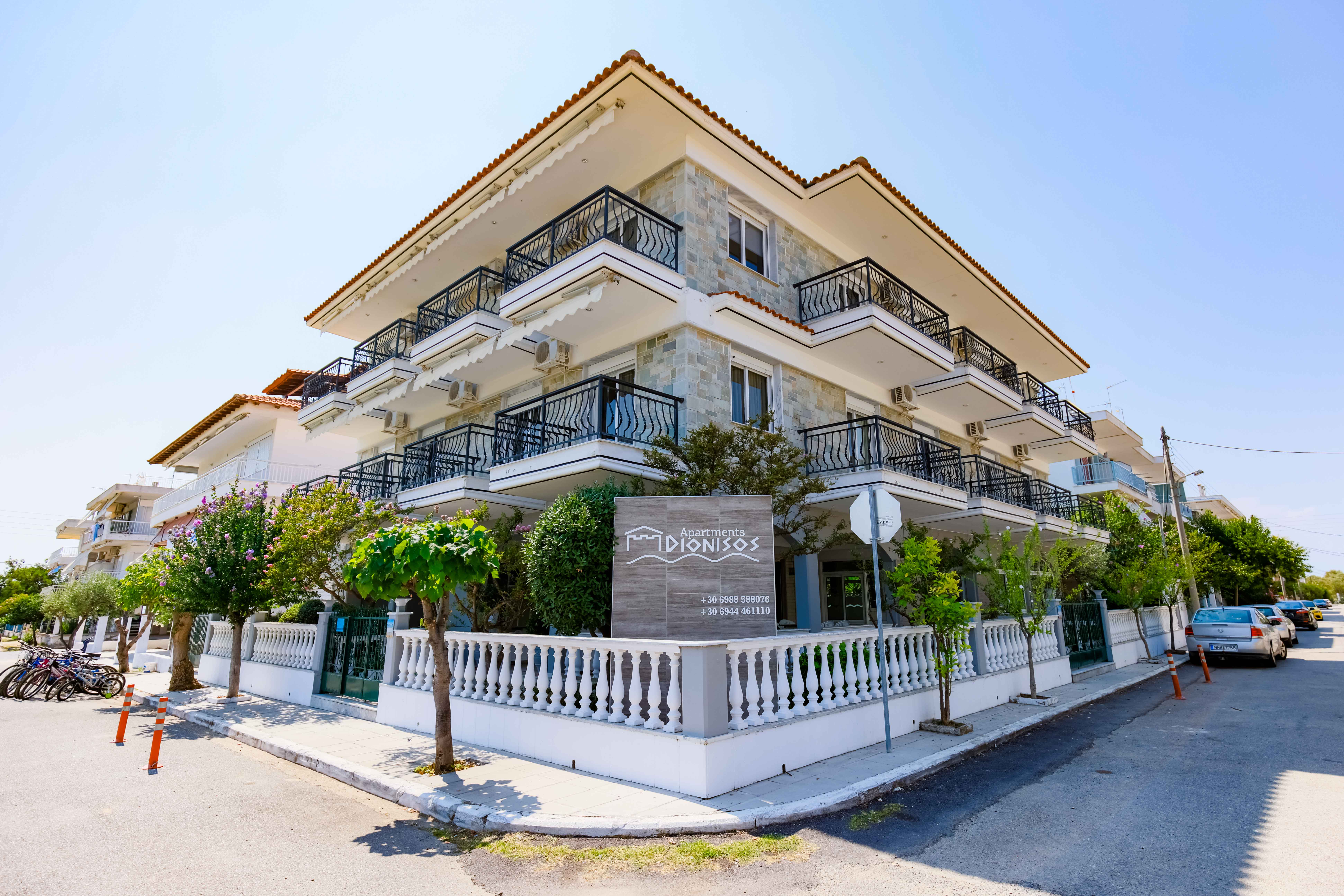 Dionisos Apartments complex is located only 80 meters away from the beach in Paralia Dionisiou Beach, Halkidiki. 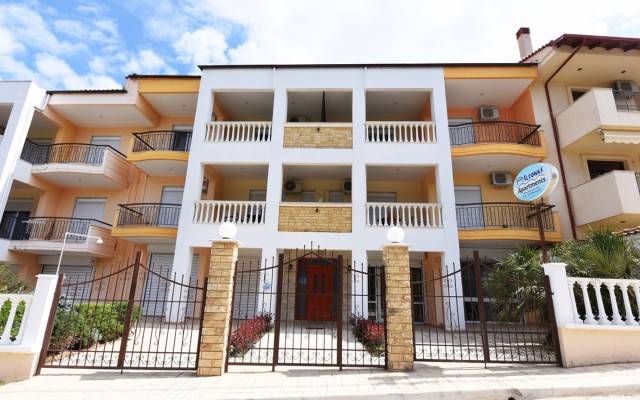 Eleonas apartments are located in one of the highest areas of Nea Moudania Halkidiki only 100 meters away from a wide sandy beach. 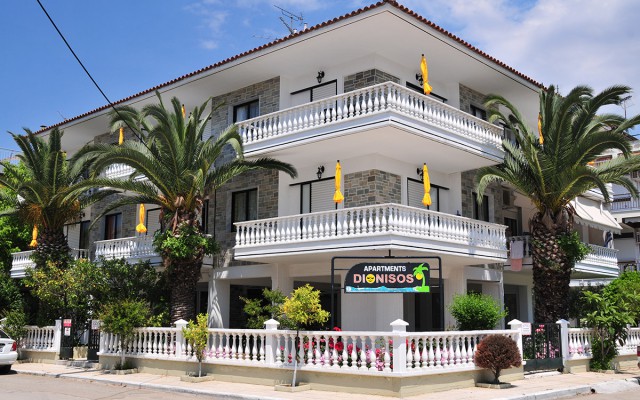 Central apartments are located in the center of Paralia Dionisiou Beach in the main square. The distance to the beach is only 150 meters! 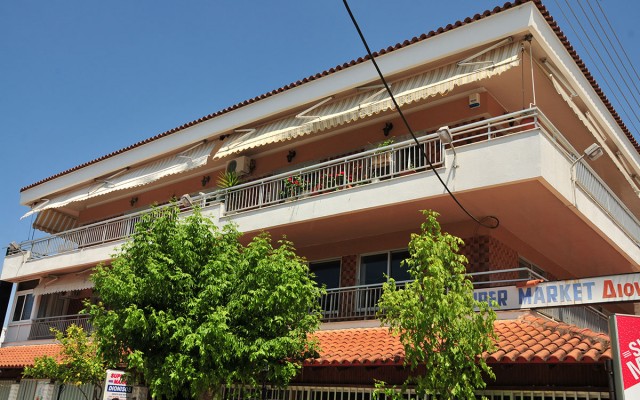 Book online Things to Do in Halkidiki

Like us on Facebook.
Best way to keep up with news and offers for your summer holidays
We use cookies to ensure that we give you the best experience on our website. If you continue to use this site we will assume that you are happy with it.OkRead more